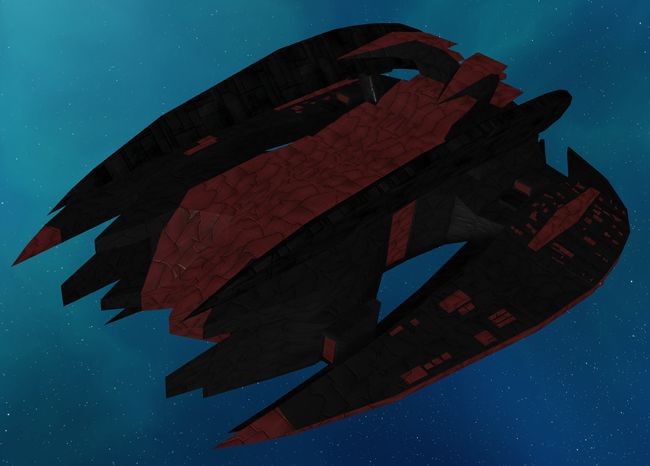 Dwarfing even the Armageddon, the colossal Hertak Flagship is the pride of the Hertak race. Almost impervious to any kind of conventional attack, the flagship is armed with numerous heavy beam cannons and a massive ventral-mounted siege cannon. Such weapons allow the flagship to destroy entire fleets of lesser vessels in moments, and can strike at surface-based colonies from orbit, reducing planets to uninhabitable wastelands. As the personal flagship of the Hertak royal family, the mere sight of the 11-kilometer long behemoth inspires the Hertak to fight harder, while striking fear into hearts of all those who oppose them.