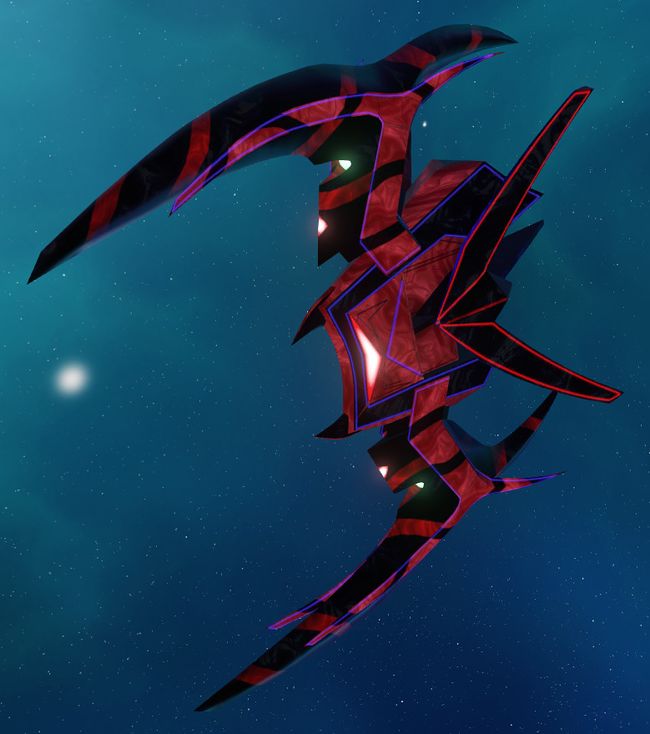 The Ravager is the only known class of Hertak fighter. Slow moving but rather maneuverable, the Ravager is protected by heavy armor and a strong shield system. The Ravager's primary armament consists of a number of high-powered missile launchers and a beam weapon that doubles as a kinetic weapon, capable of knocking other strikecraft off-course.

Hertak Xentronium armor is highly resistant against both energy and kinetic attacks, but is slightly more vulnerable to energy weapons.

Rated a S class threat, the Ravager is incredibly durable and has powerful anti fighter weapons at its disposal. Engage these fighters only when tactical superiority has been achieved.

My experiences with the Ravager made me feel that this ship is more annoying than it is deadly. The lack of strength in its beam weapon plus decent but easily avoided missiles in addition to its rather slow speed really brings it down. What it does have, though, is fairly good maneuverability and a beam with a very strong kinetic effect, which makes it a pain to deal with. Coming from the most (currently still extant) technologically advanced race around, the Ravager is a huge disappointment.