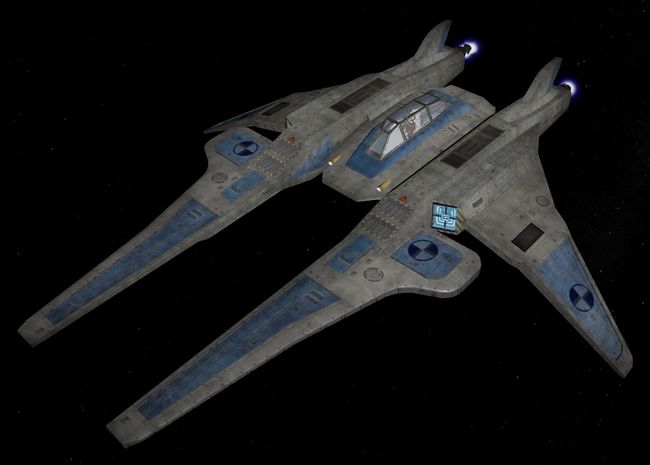 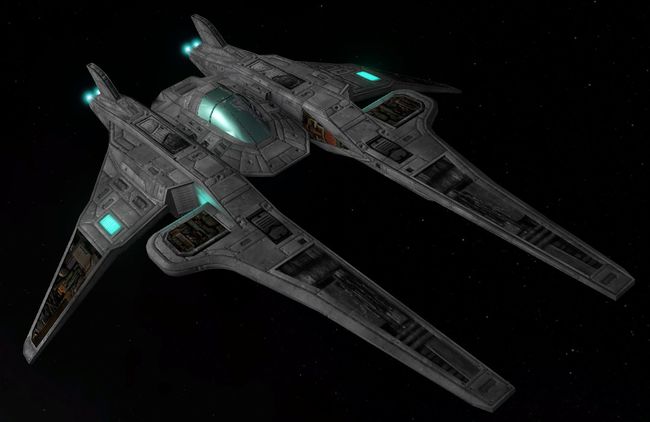 The fastest death dealing machines ever designed by mankind, the elite Heretic-class fighter is devastatingly effective against all known Shivan fighter and bomber classes. Two belt-loaded missile bays allows the Heretic to carry a disproportionate amount of swarm missiles for its size, while maintaining a razor thin airframe, high acceleration, maneuverability, and top speed. The Heretic has also an incredibly large afterburner capacity, though it is paid for with a long recharge time. Intensive efforts are underway to prepare factory ships for Heretic production and the first batch is expected to enter service in a few weeks time.

Look at it's tech description, pick this craft for every mission with no fear, and wreak havoc among shivan fighter and bomber wings. Five primary cannons with excellent placement, low profile, two times secondary capacity of the Encantona, compatibility with the most effective primaries and secondaries and the most powerful afterburner of all fighters in Exile and vanilla FS campaigns. Heretic was born to kill. Hurricane will let you quickly eliminate wings of nasty bombers, while Vortex or Vortex Adv. will deal with majority of shivan fighters. This craft is excellent for late part of Into the Dark Waters campaign, which involves multiple escort missions with large, blocky capships. If you fly escort using this craft, take the fight away from your capitalships and eliminate shivan bombers before they enter attack range. It's afterburners are powerful, but don't abuse them as their recharge rate is much lower then majority of other available strikectraft.