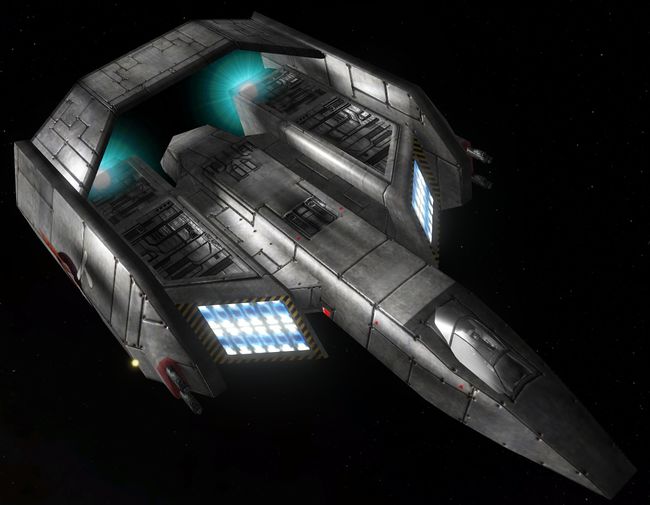 Based on the old Hercules-class fighters, the Vindicator is the most heavily armoured fighter used by the Exodus Fleet. The Vindicator inherited its gun mounts and configuration from the Hercules, but in comparison with its predecessor it is equipped with much bigger missile bays and enhanced engines. Originally meant to destroy EFN cruisers in deadly strikes, it was widely used in the Syndicate offensives during the recent Rim Conflict. The Vindicator's parameters slightly exceed its Federate equivalent, the EFF Echelon, in terms of firepower and speed. Since the Exodus these fearsome fighters have been in only limited use as they remain unable to be produced by the factory ships.