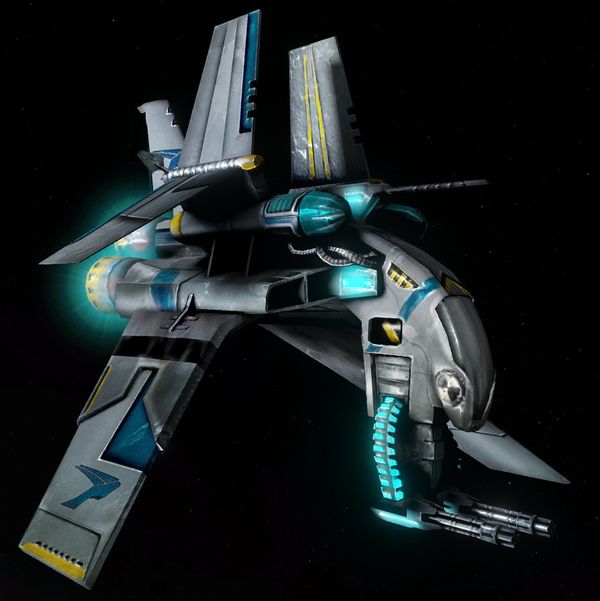 The Raptor is the Syndicate's next-gen gunship and the most expensive project from the workbench of Massive Dynamic. This heavy assault ship was armed with dedicated Vengeance grenade launchers and Redeemer rapid-fire gattling cannons. Commissioned shortly before the Shivan armada invaded Sol, the Raptor was assigned exclusively for the Black Operation Department. The Raptor exceeds most of standard Syndicate bombers in terms of payload, speed and agility and wields enough firepower to effectively hunt down Shivan capital ships. No gunships of this class left Sol with the Exodus Fleet, but four elite squadrons - 300th Falchion, 301st Koncerz, 302nd Katana and 303rd Kosciuszko - are housed by the BOD-D Vermillion and joined us together with Fleetmaster Tessandras' forces.