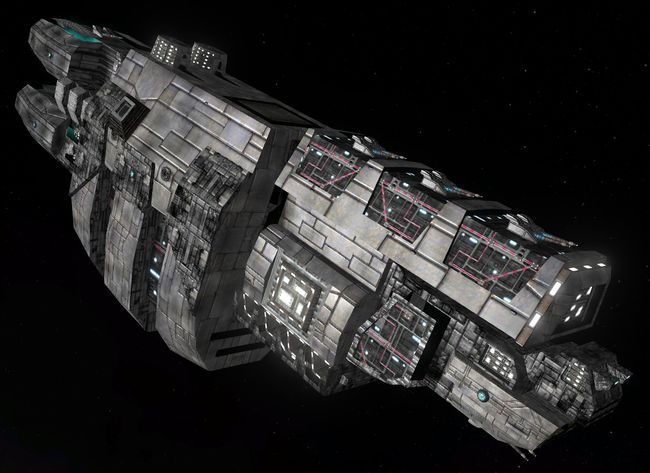 The Hestia was originally a civilian star liner designed to transport several thousand passengers from one star system to another. When the Syndicate decided to execute Operation Moyses, over a dozen Hestia-class liners were rapidly retrofitted to house vast numbers of refugees from evacuated colonies and space stations. With one of the decks retrofitted into a massive hydroponics bay, the Hestia transformed into a mobile city able to sustain a population of up to eight thousand people and became capable of producing food and other supplies for the Exodus Fleet. The Hestia was also modified with three layers of reactive armor plating as well as several anti-bomber defensive turrets as part of its retrofit. Due to the necessity of protecting the civilians onboard, the Hestia liners (as well as the Abraham-class colony ships) always hold position at primary staging areas until combat actions are resolved. As these ships hold the majority of the last remnants of the human race, the Hestia liners and the Abraham colony ships are always the most heavily defended ships in the Exodus Fleet.

Another big target that sucks at defending itself, but at least it has a fighterbay. Multipart turrets seem to be ignoring targets for unknown reasons.