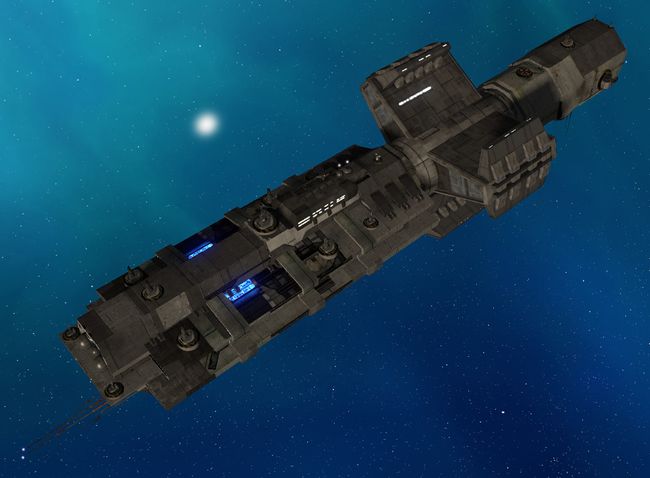 The Tempest class Frigate commissioned in 2178, is the designed to replace the Olympia and Minnow class Destroyers as the mainstay of the Republic fleet. The Tempests design can be traced back to the Olympia space frame. Ariel Aerospace Corp found that the frame was a sound design, so they decided to upscale the frame. The Tempest is designed to be a sledgehammer, to jump in and devastate the enemy in the opening salvo. To achieve this the Tempest is armed with 4 frontal and 2 rear Phalanx particle beam cannons power by 2 arc reactors and the Shockpoint drive. 1 heavy Arclite Gauss Cannon, 1 CW120, 7 CW88mm Plasma cannons and 2 Hammer torpedo launchers. She is also armed with multiple Close Quarter Weapon System's should hostile vessels get in to close. The only issue raised so far with the design is in the minimal anti-fighter defence and slow speed, but this is compinsated by an escort of Olympia destroyers. So far at aleast 2 dozen of these vessels have been produced at the Luna shipyards with more on order as tensions rise between the United Terran Republic and the Colonial Alliance. When a Tempest appears in system you know the Republic means business.