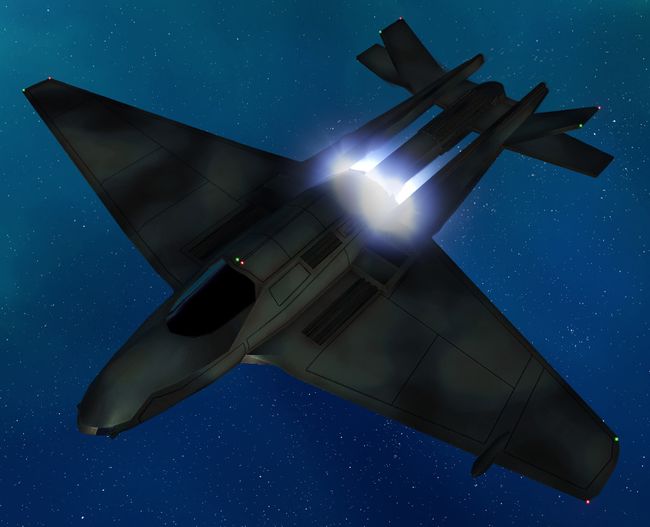 The Rapier was the staple heavy Aerospace Fighter of the SLDF since its introduction but came from an unusual source, the toy manufacturer Bauer Enterprises.

Bauer's unexpected decision to enter the military aerospace market in 2590 was a complete surprise to everyone,since it was better-known for making remote-controlled aerospace models than the real deal.

However, their decision was based upon a new invention from one of their researchers, the veteran Dr. Lionel Rajan III, who developed a revolutionary neurocontrol device.

This device used overlapping wave signals to produce a three-dimensional image of what the toy was seeing in the operator's mind.

The SLDF was impressed with the this revolutionary targeting and tracking system, especially since the Reunification War still raging with no end in sight, and gave the toy company a chance.

A number of different prototypes, including a heavy Land-Air 'Mech, were rejected but it was the Rapier which won Bauer Enterprises its contract, with full production beginning in 2595.

It was widely deployed throughout the SLDF, with less advanced versions lacking the Scope 130Y used by the Lyran Commonwealth.

Though the factory on Tharkad was never attacked during the Succession Wars, the Rapier still suffered from loss of technological knowledge during that period, with downgraded versions

of the fighter produced throughout the Inner Sphere. Only ComStar and the Word of Blake are known to still field Star League-quality Rapiers.

Bauer Enterprises was poised to begin production of new models of the Rapier when a Blakist assault in late 3067 destroyed the Tharkad factory, though enough of the facility apparently survived to roll out a few of the new variant.