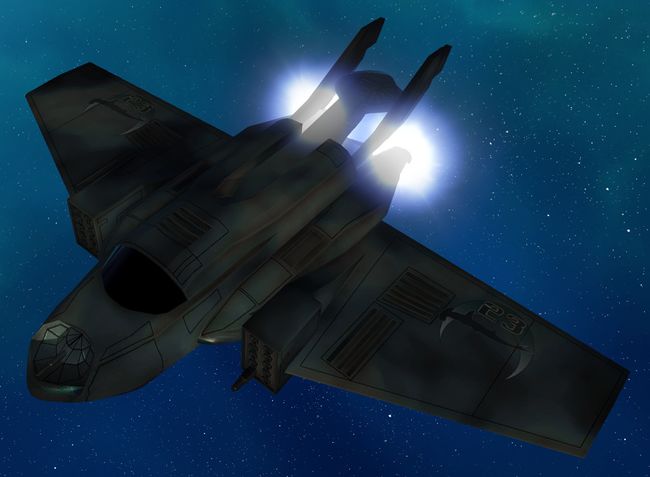 The Rogue was produced for the Star League Defense Force as a missile boat designed for zero-G combat.

Though well-protected with five and a half tons of Ferro-Aluminum armoring, its sluggish performance often required its escort by other fighters. Its five tons of fuel gave it the ability to patrol and perform

guard duties, as well as function in a fire support and bombardment role. Still, the Rogue was little-loved with few supporters, and the destruction of the Iona shipyards in 2797

meant the craft was on its way to extinction.

In the end, only a handful are left in the arsenals of ComStar and Word of Blake, with some possibly held by the Clans in older Brian Caches.