From FreeSpace Wiki
(Redirected from SAC 4)
Jump to: navigation, search 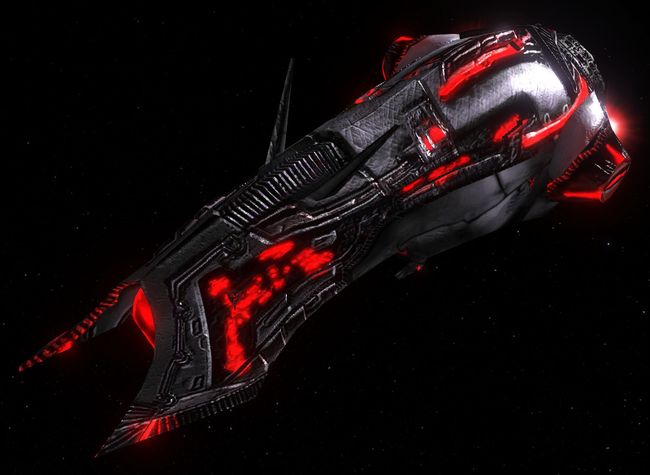 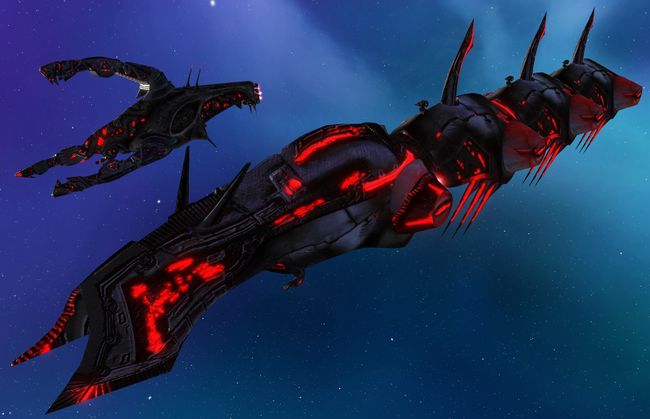 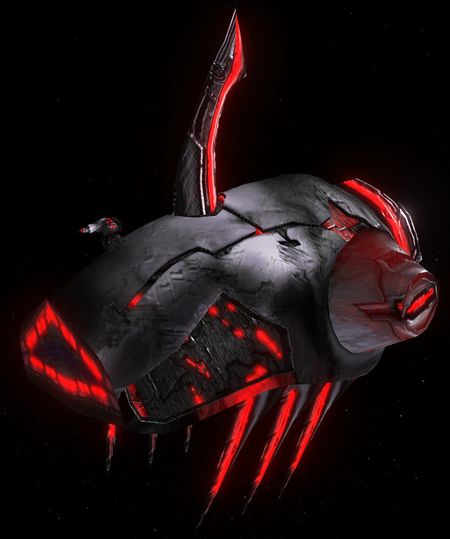 The Iksura is a new class of freighter that has been encountered for the last time at the very end of the war with the Shivans. Its capacity to carry sets of Shivan cargo containers makes it the most effective transportation asset ever seen in the history of known space travel. Many pilots have nicknamed it the 'Doomtrain', due to its capacity to carry up to ten SAC 4 units, each armed with defensive turrets. It is also believed that Iksuras emit powerful jamming fields which make them very difficult to locate and destroy. Due to their logistical capabilities, Command has classified the Iksura a non-active combatant Class A threat for the Alliance. Taking down an Iksura convoy and its cargo seems as vital as taking down a Shivan destroyer.

The SAC 4 is a heavily armored bulk container that is only towed by the Iksura freighter. Its considerable durability suggests that it is intended to carry sensitive or valuable equipment and ammunition. It is also the only cargo container in the history of space travel to be equipped with defensive turrets. Although its turrets’ weapons are light compared to standard Shivan armaments, it is worth noting that Iksuras can carry up to ten of these units, resulting in a combined firepower more than capable of repelling interdictors.

It looks like the severed head of an SD Lucifer but it's actually a massive, unique kind of freighter. Its most distinct feature is a cargo dockpoint located on the aft. The cargo that comes with the Iksura features paired dockpoints at front and the back, so you can actually attach multiple cargo containers to a single freighter, creating a superfreighter of immense proportions. Note that the more cargo units you add to the train, the slower it will be. To balance this drawback, both the Iksura and the cargo are armed with multiple point-defense turrets and much more hitpoints than other Shivan freighters. These clustered turrets are really dangerous for light strikecrafts, but heavy fighters such as the Hercules and anything larger provide enough survivability to engage the Iksura.


In older versions of FSO, an Iksura loaded with multiple SAC4 units generated an enormous subspace vortex during jumps. This is actually a bug caused by the additive nature of object masses in FSO.

The Iksura is inspired by an official concept art from FS1.