A subspace drive is the single most important piece of space travel related technology in the Galactic Terran-Vasudan Alliance, and one of the most important inventions in space travel. Without it, no faster-than-light travel would be possible, and traveling between the stars would take decades, if not longer. 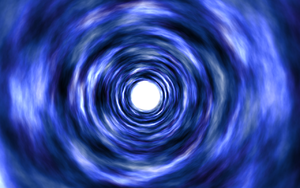 The history of subspace travel is poorly documented. We do not know when or how it was first discovered, nor even which type of jump was first undertaken, though it is reasonable to assume that intrasystem jumps came first. It is also assumed that at least the first offworld colonies were founded created prior to the development of subspace travel, since offworlders would, at some point, identify themselves as members of a particular nation-state, those nation-states were dissolved after the discovery of subspace and the formation of the Galactic Terran Alliance.

The most significant modern advance in subspace travel occurred at the end of the Great War, when the technology to equip intersystem subspace drives to fighters and bombers was finally developed. This technology was, at the time, prohibitively expensive, and initially was equipped only to the small number of fighters which would engage the Lucifer as it traveled through the subspace node to Earth.

It is probable that study of the Knossos technology will enhance GTVA understanding of subspace, and possibly serve to enhance subspace drive technology another step. One often suggested possibility is that Knossos technology will allow the development of ships that can travel between systems without the use of a subspace node or through nodes previously too unstable for standard travel, though this era of FreeSpace history has not yet been canonically catalogued, so it is impossible to be certain that either of these will occur.

When is a capital ship able to use its jump drives?

There is canon evidence (the briefing of The King's Gambit) that a ship must recharge its jump drive before using it. How long it takes a ship to "re-energize" its drives (as the mission briefing refers to it) appears to vary. The Iceni, for example, was able to use both its inter- and intrasystem jump drives in rapid succession (about 30 seconds) whilst running the GTVA blockade and entering the nebula. In contrast, in The King's Gambit, the NTF vessels running the blockade take from 60 seconds (an Aeolus class and an Argo class) to one and a half minutes (the GTCv Pax) to jump out. The largest ship, the NTD Uhuru, takes 65 seconds.

It appears that large ships cannot use their jump drives to jump in close proximity to a subspace node. This is presumably why pilots are often tasked with escorting ships to a jump node, or preventing an enemy ship from reaching a node; otherwise the ships would simply jump to the node right away. This may also explain, from an in-universe perspective, why the Psamtik arrived 10,000 meters short of the Knossos portal in The Fog of War, although the actual design reason was to place the Vasudan destroyer in the line of fire of the Sathanas.

For some inexplicable reason, FreeSpace capital ships often lay stationary in space for an eternity while bombers or beams pound them. For example, in Evangelist, the most common tactic is to kill the Eva's weapons subsystem, dispatch the fighters, and then turn on time compression while you fire Tsunamis at the Eva for ten minutes. The Eva remains completely immobile for the entire mission even if its engine subsystem is fully functional. At the same time, during Their Finest Hour, Command orders the GTVA Colossus to warp out while under fire from the Sathanas, implying that it would be reasonably possible for a ship the size of the Colossus to prepare to jump in seconds. A ship's ability to warp out depends more on the mission designer's storyline and mission balance decisions than on recharge time, subspace geography, and so forth.

A CBAnim from Freespace 1 lists the following as subspace drive components: