The GTVA logo by MjnMixael

The foundations of the Galactic Terran-Vasudan Alliance began in 2335 following the arrival of the Shivans, and the subsequent signing of a cease fire between the Galactic Terran Alliance and the Parliamentary Vasudan Navy. This early cease fire between the two governments was initially only a desperate measure to prevent both species' annihilation by the Shivans, and relations were unstable. However, as the Terrans and Vasudans continued to work together in military endeavors against the Shivans, the two species grew closer together.

In 2345, ten years after the Shivan attack on Ross 128, Terran and Vasudan leaders signed a historic treaty, bringing into being the first iteration of the Galactic Terran-Vasudan Alliance. In the same year, Khonsu II also presented the newly formed General Assembly an unprecedented joint endeavor, a massive construction project that would result in the creation of the GTVA Colossus. Khonsu II was also famously pro-Terran, a far cry from the social situation a mere decade ago, when the two species were participating in open warfare against one another. The Colossus project could possibly be regarded the symbolic embodiment of the harmonious coexistence of the two species.

In 2358, following the reconstruction of both species' worlds and the normalization of the Terran and Vasudan economical and industrial situations, delegates from both species signed the Beta Aquilae Convention, or BETAC, which dissolved the Terran regional blocs and elevated the General Assembly, Security Council, and Vasudan Imperium to the position of supreme power in all of Terran-Vasudan space. Named after the system in which it was ratified, the Beta Aquilae Convention defines the characteristics and governing methods of the Galactic Terran-Vasudan Alliance. Additionally, it also dictated the actions of military units regarding nonviolent civilian craft, imposing that no hostile action be taken against such vessels. Another constitution, the Deneb Convention, is known to lay down the details regarding the freedom of information.

The General Assembly logo by MjnMixael

The Security Council logo by MjnMixael

The Vasudan Imperium logo by MjnMixael

The Galactic Terran-Vasudan Alliance consists of three principal components: the General Assembly, the Security Council, and the Vasudan Imperium.

Presumably, the General Assembly has power over most domestic aspects of the GTVA, maintaining the economic, industrial, and social aspects of the Alliance. It is not known what influence the General Assembly has over the Security Council, though it is assumed that it has the power to appoint the leaders that make up the Security Council. It is known to have at least five secondary subsidiary components and five tertiary subsidiary components, though their functions are not known.

The Security Council is the governing body guiding the might of the Terran-Vasudan fleet. The armed forces are likely controlled by civilian politicians who issue orders and set objectives for large campaigns. It is not known to what extent the Security Council guides the fleet's actions, and to what degree they are autonomous from the General Assembly. The Security Council also likely has authority over Galactic Terran-Vasudan Intelligence, the intelligence gathering and espionage arm of the Alliance, as well as Special Operations Command.

The military strength of the GTVA is undoubtedly a formidable force, though it was outmatched by the numerically and technologically superior Shivan force. The Terran and Vasudan fleets remain separate, though are maintained under a single command structure. The cooperation between fleets is far more widespread than it was during the Great War, and both species freely exchange information between one another. Additionally, another system known as the officer exchange program was introduced, allowing members of a certain species to serve in limited numbers on a ship of the other species. Ships of the GTVA military are designated either GT or GV, denoting Galactic Terran and Galactic Vasudan, respectively. 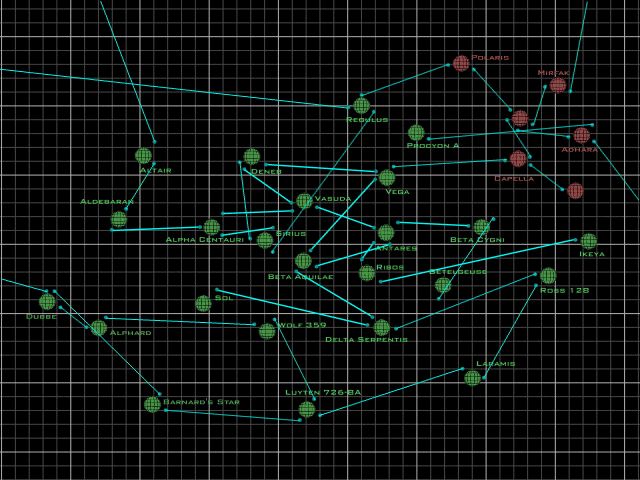 The systems of the GTVA