Difference between revisions of "Intrasystem Gate" 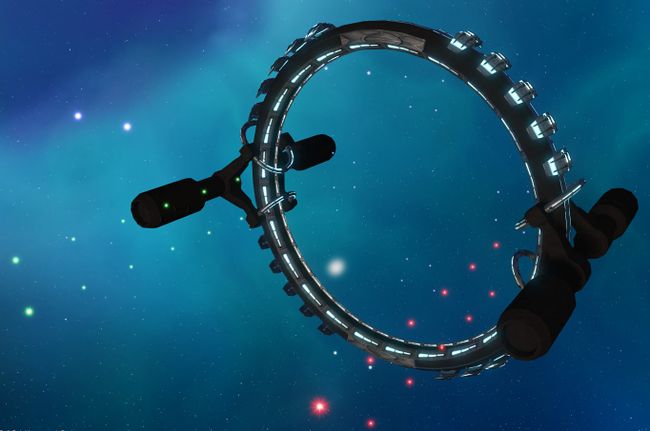 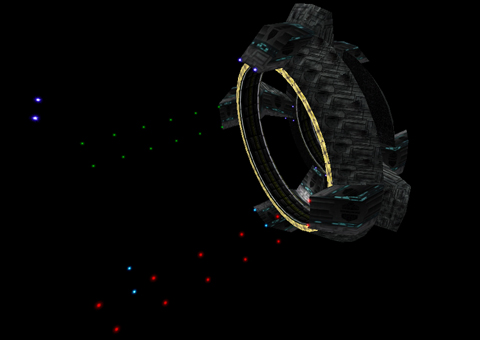 The Intrasystem Gate is a large fan-made Terran-designed jump gate used primarily by the United Earth Federation in Blue Planet continuity. The Intrasystem Gate was produced and placed in numbers throughout the Sol system after it was established that utilising such gates for intra-system travel was a much more cost-effective option than equipping every single spacecraft with its own subspace drive. Using a gate for travel significantly reduces travel time and is considered a marginally safer mode of travel than traversing a subspace corridor due to the fact that the gate masks out low-level detection. However, as demonstrated by the UEF-GTVA war, in which many gates were either captured or destroyed by the Galactic Terran-Vasudan Alliance, the loss of gate functionality can also isolate and fatally cripple entire infrastructures.

As the Federation was trapped in the Sol system, it became far more cost effective to produce these large intrasystem jump gates rather than equip all civilian vessels with their own jump drives. Using these gates, vessels with or without jump drives are able to jump from one gate to another. In their war of attrition, the GTVA has destroyed or captured several intrasystem gates, effectively isolating local infrastructure to the point of near collapse. Gate networks allow rapid transport with reduced risk of detection, assuming that the rates are regularly dry-fired, making them tactically useful.

There are two versions of this gate, the first being a normal, collision-enabled object, and the second with an additional "no_collide" flag in its table entry. Both versions have the "knossos" flag in their entries, preventing them from receiving any orders from the player.