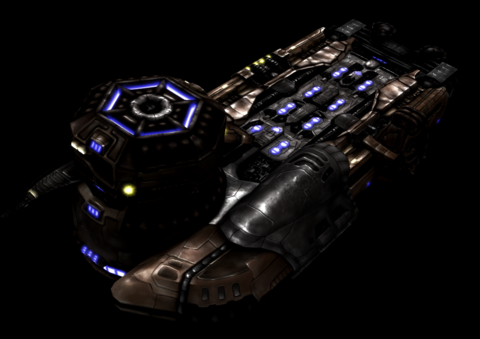 Very similar to the GVFr Bes but it looks better and has another turret, a Avenger / Vasudan HL-7 turret, and not another useless Terran Turret.
Retrieved from "https://wiki.hard-light.net/index.php?title=PVFr_Ma%27at&oldid=43023"
Category: