The ACa Akrotiri is a massive user-made Ancient warship. It was originally named ASD Thera and created by Bobboau as part of his Ancient ships project. The model was first included in Inferno Release 1 with its current name, and it has since been used in several unrelated mods to represent a warship of Ancient origin or another non-GTVA faction. 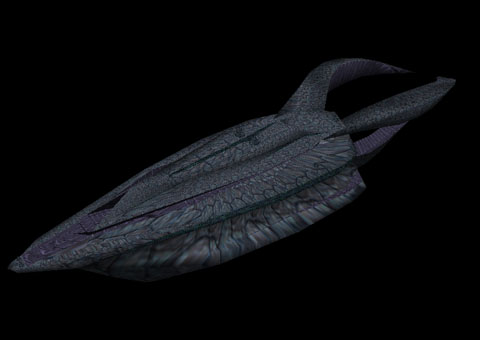 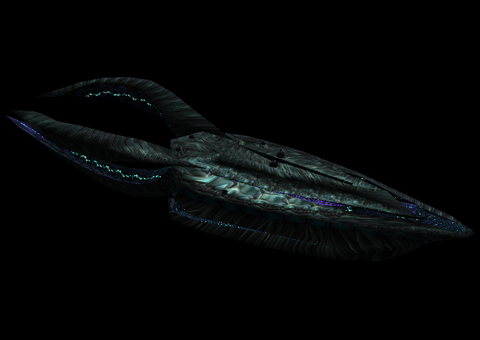 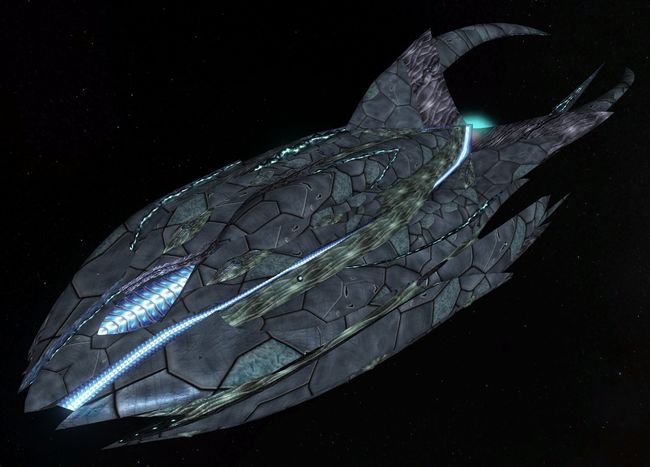 The Vishnan Sacred Keeper in BP.

These Vishnan capital ships are found to be leading Vishnan strike groups. ETAK-type transmissions intercepted from this vessel have led analysts to conclude that these ships act as a communications hub for lesser ships in the fleet. Destruction of these vessels leave their escort vessels powerless and impotent. They are some of the most powerful capital ships we have ever encountered, rivalled only by the Shivan Sathanas juggernaut.

This is probably the most-used large ship that resembles the Ancients, or otherwise another powerful space-faring species. In Blue Planet, it is used as the Vishnan Sacred Keeper, and in The Procyon Insurgency's campaign, it is designated a juggernaut thought to be of Ancient origin. Despite its size, armaments and hull strength, this vessel can move as fast as the NTF Iceni (based on its original INFR1 statistics), which in turn is the fastest canon Terran warship ever constructed.

The biggest threat of the Akrotiri is that super-huge forward-firing beam cannon mounted on its underside, which can obliterate most destroyers with a single shot. Both Blue Planet and The Procyon Insurgency have demonstrated the power of this weapon. A battle tactic, used by the Shivans in Blue Planet, and the Vasudans in The Procyon Insurgency, is to concentrate a huge amount of beam fire on this particular cannon, rendering it inoperable and making the Akrotiri more akin to an Ancient "Lucifer", with lots of hitpoints but terrible capital ship defences. The disabling of this cannon has apparently become a running gag across all campaigns and mods that include the Akrotiri in their ship table files.

The model features a number of trenches that turn into short tunnels, which in the original model had reactor subsystems placed at the end of each. The idea was for there to be a mission with a number of Death Star-like trench runs to disable the ship.