From FreeSpace Wiki
(Redirected from Anubis)
Jump to: navigation, search

The PVF Anubis is a light fighter in use by the Parliamentary Vasudan Empire during at least the later stages of the Terran-Vasudan War. Given the fact that the Anubis has no afterburners and sports only two gun points, the Anubis is outclassed by all fighters in use in 2335.

The Hammer of Light also used some Anubis fighters to a certain degree, but more advanced classes such as the PVF Horus or the PVF Thoth were seen more frequently.

The Anubis is the weakest fighter in the Vasudan Navy. However, they are extremely cheap to manufacture, and are often used in swarm situations to try to overwhelm the opponent with numbers. A few radical Vasudans have been known to load the ship with explosives and attempt to steer themselves into GTA capital ships. The first occurrence of this was the battle of Rexias 4, where the GTD Goliath was destroyed by a squadron of kamikaze pilots.

Due to its lack of afterburners and low weapon capacity, the GTA has classified the Anubis as a class D threat.

Anubis is the Greek spelling of the Egyptian god of the dead. He is also a guide and the guardian to the recently deceased. It is said that Anubis's father was Osiris. 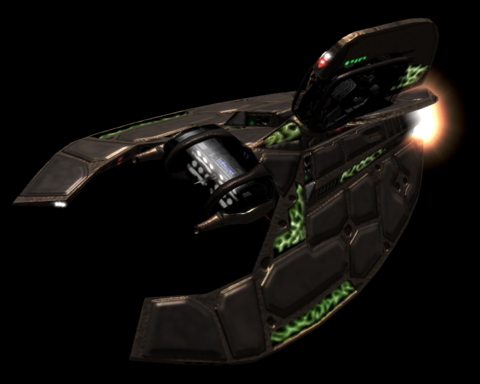 The PVF Anubis in the FSPort MediaVPs.

The Anubis is fairly fast, but only has one primary bank with 2 guns, cutting down on both its flexibility and primary firepower. It has horrible defenses: shields and armor is poor; it's better than the GTDr Amazon, but not by much.

Quite capable as a dogfighter in player hands, the AI is not up to the task of exploiting the Anubis' good points.

The Anubis' lack of afterburner leaves it easy meat to anything faster than a Medusa.

That ship is a terror to dogfight if you set it to use improved AI. The turn rate is amazing and will put your Apollo or even a Loki to shame, on par with the Ulysses, and the lack of burners is irrelevant at dogfight range. If it's armed with anything better than an ML-16, you'll get to fear that craft early on, especially given that it tends to be deployed in swarm configurations.

Looking only at the T-V War era, this ship can rack large amounts of Apollo kills simply because its secondary gunpoints are so much better placed for dumbfires than the Apollo. The hardest part being, obviously, to evade the MX-50 missiles and get into dogfight range without burners. The fan-made Fang missile is a perfect fit for this ship.
Retrieved from "https://wiki.hard-light.net/index.php?title=PVF_Anubis&oldid=41938"
Category: