Making cutscenes is no longer restricted to animators. It is also possible with FRED_Open.

In-mission cutscenes are real-time and not as restricted as the ones made with an animation program. If the FREDder uses the "set-camera position" SEXP, the camera will assume a given position, but it will not protect the player's ship in any way. If the player is killed during the cutscene, the mission will end as normal, ending your cutscene. A recommended way of doing cutscenes is to place the player's start position far away from the battlefield, and practice some other precautions (protect-ship, ship-invulnerable, etc).

Like normal missions, the player has no control over other ships. When you made sure that the player is safe, ensuring that the mission will not end prematurely because of the player's death, you have to manipulate the outcome.

You may end the cutscene by ending the mission (end-mission, force-jump) or resetting the camera (reset-camera).

Before firing up FRED, you must have an outline of what you want to happen in your cutscene. It is up to you how you do the planning. Keep in mind, however, that not everything you imagine is possible. A lot of other elements will have to be changed later on, so make your plan flexible and try not to get into too much detail.

The screenplay we are going to use in this tutorial is the following:

Note that this is a rough outline of it. Details like how many ships are attacking, when, and from what direction must not be in such an outline.

The first step is to set up the mission. Make sure that everything you want happens in the mission (dogfights, a Ravana jumps in and destroys the station, and survivors who are ordered to jump out). As soon as you figure how the mission plays out and the outcome is always as intended, you can start making the cutscene.

You will have to run the mission many times until you get what you want. To speed up your testing time, tick "No Briefing" and "No Debriefing" in the Mission Specs Editor (SHIFT-N).

Now is the time to make the cutscene. We will go step by step. As soon as you are satisfied with one stage, proceed to the next. Test frequently. The first three lines of our screenplay read like this:

Setting cutscene bars is done by the set-cutscene-bars SEXP.

Making subtitles is easy. Use the show-subtitle SEXP, set the first two values to 50, enter the text you want to display (no more than a few words) and set the duration to be displayed in milliseconds. 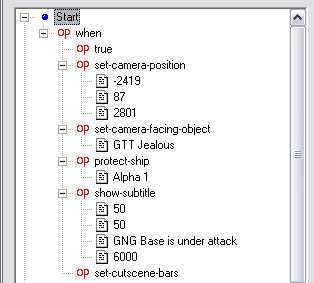 We already have a battle going on around the installation, so setting up the camera in the right position is our only job at the moment. Since FRED does not have a sophisticated and flexible "camera object," you must give coordinates to tell where you want your camera to be placed. There are two ways to do that, but we will only utilize the one that is simpler (see images below). The first is to use the numbers in FRED's top-right corner. Those are the coordinates of the "camera" with which you are navigating in FRED. Tell FRED to view ship outlines (View -- Ship Outlines; SHIFT-ALT-O) or ship models (not recommended for performance reasons). Hover it over the Arcadia and as soon as you have set up your camera position, open the Mission Event Edit window and use the set-camera-position SEXP to set your real camera's position. Use the set-camera-facing-object SEXP to set the heading of your camera. Make it face the Arcadia, and make sure that the battle that is raging around it is visible. 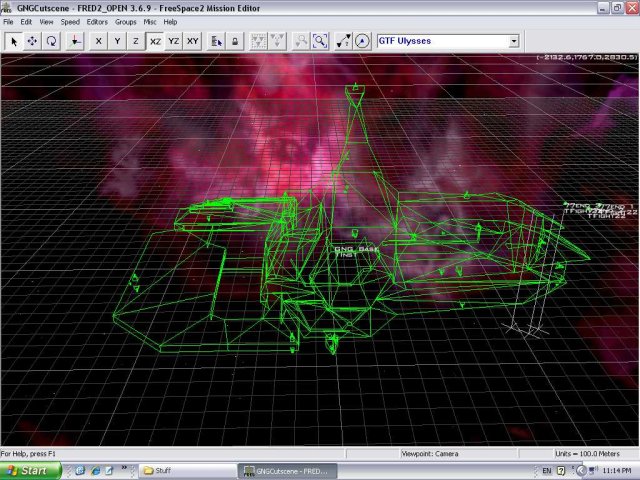 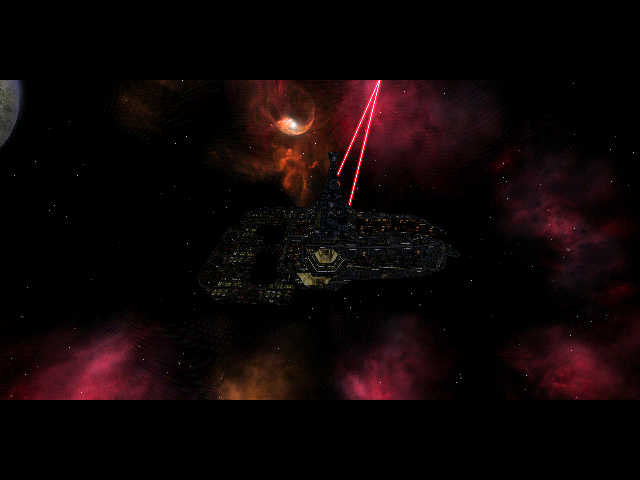 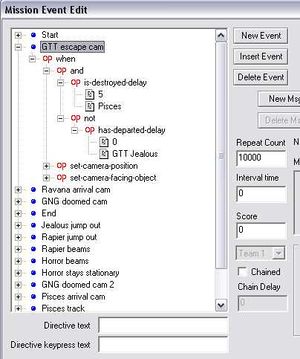 Create the Event that will set the third camera's position. This stage isn't technically difficult. The Ravana will likely vaporize the Arcadia very quickly.

Again, you must assume a new camera position. Show some Terran fighters jumping out and it will be fine. Since the first stage battle's outcome vary greatly every time the cutscene is viewed, it is safest to use ship-vanish to make all the fighter participants disappear. Then place some more GTVA fighters who appear some seconds before this stage is initiated. Use Ship Editor -- Arrival cues. Tick No Warp Effect and No Arrival Music and No Arrival Message. Order this wing to do waypoints and jump out after a while. Set the camera's position somewhere around the fighters' departure point. Setting this camera's position is the most difficult because it will have to be facing small mobile targets.

End your mission by end-mission when you think it is appropriate. 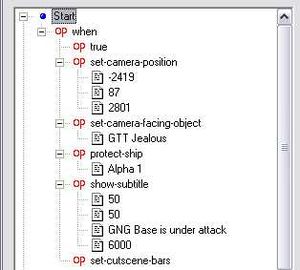