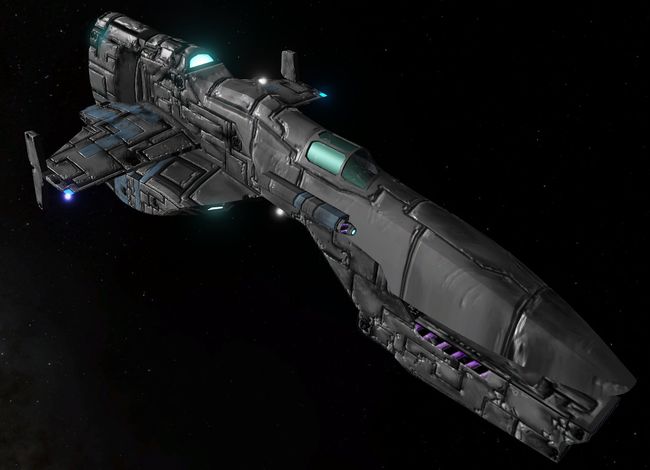 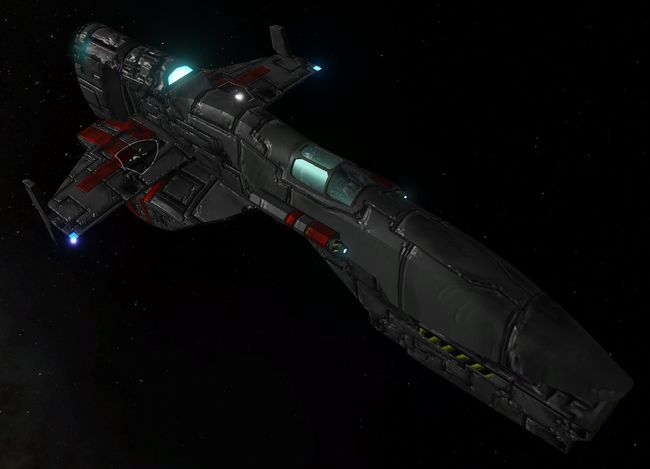 The basic fighter of the ORS and one of the most common, the Encantona was started life as a light planetary fighter designed for patrol missions. As ORS squadrons were decimated defending the Great Exodus and the vast fleet of civilian ships requiring protection from Shivan attacks, the Syndicate Navy was in desperate need of large amounts of new fightercraft. As the Encantona is small and extraordinarily simple in design, it was chosen as the first fighter class to be produced from the scratch onboard Syndicate factory ships. It was quickly retrofitted with a subspace drive and a strong shielding system. With its minimalistic design, one pair of primary cannons, one primary and one secondary bank and only basic hull armour, the Encantona lacks the fighting capabilities of other ORS fighters. It is not capable of withstanding heavy fire and its subsystems are particularly vulnerable to attacks. However, its speed and nimbleness allows a skilled pilot to outmaneuver a much heavier enemy and gain the upper hand against him. Despite its obvious drawbacks, the Encantona is capable of successfully performing patrol and escort duties and is now the basic fighter in all battlegroups of the Exodus Fleet.

There is little this fighter could be liked for. It's similar to GTF Angel in terms of performance, with exception of more powerful afterburner. Paper-thin armor, vulnerable subsystems and very limited firepower provides barely minimal capabilities to accomplish first couple missions of Into the Dark Waters. In fact, you will often find yourself in uncomfortable situation flying this fighter, with destroyed critical subsystems, low on missiles and swarmed by hordes of Shivan fighters and bombers. Fortunately tech description is not lying about strong shielding, so keep an eye on them and use your Q frequently. If you lose shields, you are pretty much dead. Unless you need to disarm/disable something, use standard variant with larger secondary capacity and always load it with Prometheus N and Vortex. Vortex is the only reliable source of damage in early missions and one of the most powerful missiles in Exile. Sit on the tail of Shivan bomber wing, pick one, strip off it's rear shields down and go for easy kill with salvo of Vortex... Then repeat for the rest of bombers.