This page references tech room entries and veteran comments for BP ships that do not have their own BP-specific page, typically retail ships. 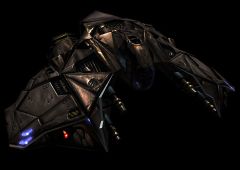 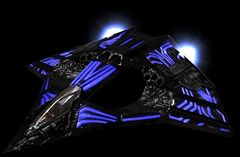 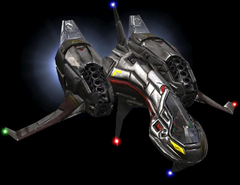 Armed with a Balor and the Prometheus Standard, these fighters are one of the few that actually hold a candle against UEF ships. They typically have Harpoons and/or Trebuchets. Expect at least one wing of them to be in your operations zone.

Do NOT be intimidated at how cheap and vulnerable this ship is, a 4x Balor and Tornado racks can easily ruin your day. 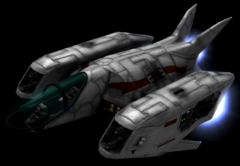 Same tactics as the Artemis, however some D.H. bombers have a 4x Balor. A controversial new heavy bomber at the time of the Second Shivan Incursion, the Boanerges proved a logistical dream but a mixed blessing tactically. Heavily shielded and with a large payload, the Boanerges eschewed defensive turrets as "of limited use." Bomber pilots did not react strongly to this decision, and although the Boanerges is at least capable in its role, it still divides pilots today. Good maneuverability allows the Boanerges some success in reaching its targets, but in spite of heavy armor cannot withstand defensive fire from warships or interceptors. It is an open question whether heavy bombers will remain tactically relevant. For the moment, the Boanerges' easy maintenance, cheap assembly, and long lifespan make it common in the heavy anti-shipping and anti-installation role.

Anti-shield weapons are your best bet at bringing the Boanerges down, then their armor can be easily torn apart by missiles. They tend to launch dual Cyclops torpedoes, or even the Helios. If all else fails, a Grimler or a Slammer works. 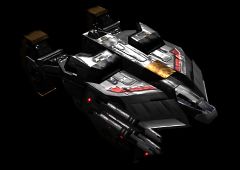 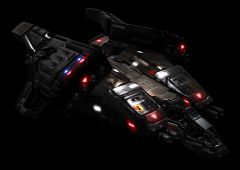 This article is a stub. You can help the FreeSpace Wiki by expanding it.
Retrieved from "https://wiki.hard-light.net/index.php?title=Blue_Planet_ships_data&oldid=40058"
Categories: