Difference between revisions of "GTF Draco" 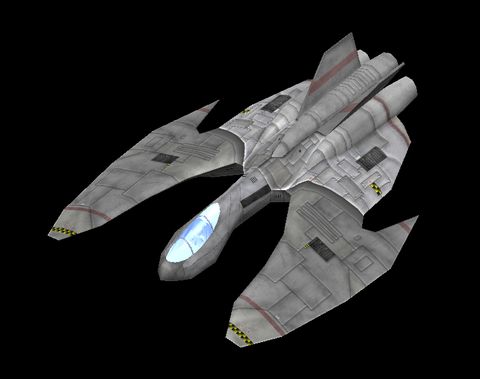 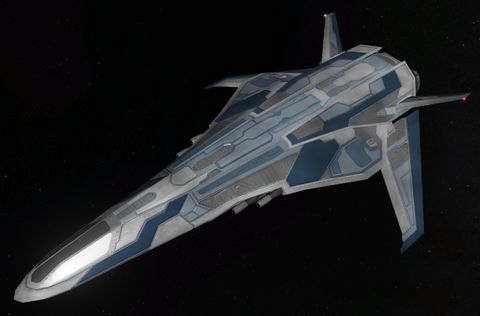 In Blue Planet, the Draco is a bit of an oddity. Despite being an interceptor, it can't carry Trebuchets or use Maxims, which does somewhat limit its reach. Its speed, while good, isn't all that much better than, say, an Atalanta (which is more maneuverable, has two more guns, and just as much secondary capacity, along with side-thrusting capability), which is a little underwhelming for a craft designed around very high speed. With four guns in a 2-by-2 configuration, using Balors with this craft isn't a good idea, as using both banks simultaneously will reduce your ROF by 50% (thanks to the hardcoded 'feature' in retail), negating one of the Balor's biggest advantages. This fighter is relatively fragile, has anemic firepower, lacks the capability to use several key interceptor weapons (including Balors in an effective manner), and ultimately isn't fast enough to be worth the numerous drawbacks. Unless you need to cover lots of ground where time is of the essence (and Trebuchets won't do the job), take an Atalanta, Perseus, or even a Nyx.