Difference between revisions of "GVF Reshef" 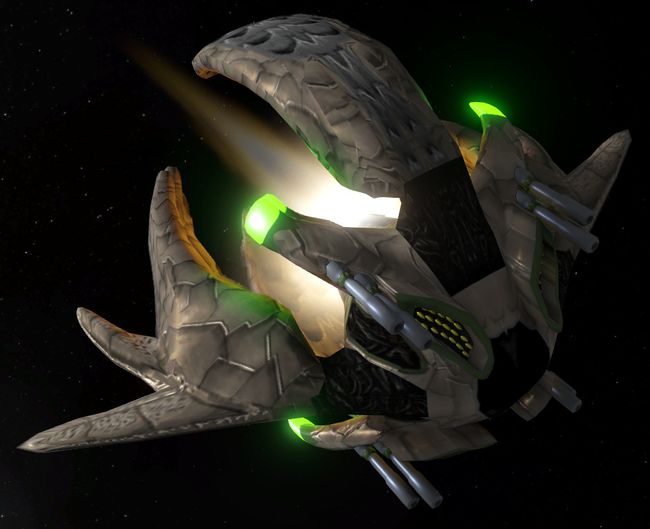 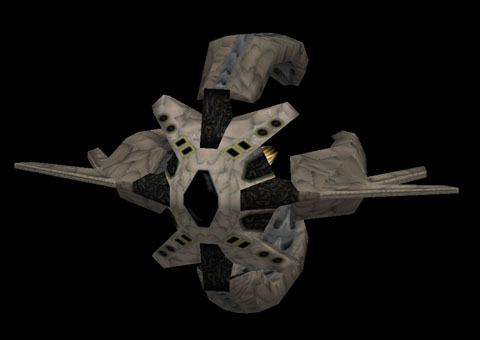 The GVF Reshef demonstrates the latest in Vasudan fighter technology. Its unique design compartmentalizes subsystems, reducing the risk of multiple system damage, while providing added protection for the ultra-efficient Ahk-23 engine. Modelled after the Qu'arah, a majestic creature of the sparse Vasudan seas, the Reshef continues the tradition of symbolic design among Vasudan shipwrights. Its low cruising velocity is augmented by powerful afterburners, and with eight primary gunpoints and two secondary banks, the Reshef has the firepower and explosive speed to uphold its inspiration's reputation.

Vasudan Central Intelligence uses the Reshef as its exclusive fighter. Eight gunmounts and two secondary banks, together with excellent agility and afterburner output make this heavy fighter lethal in a variety of roles. Terran pilots privileged enough to fly the Reshef love the fighter for its refined balance of offensive and defensive abilities.

The GVF Reshef demonstrates the latest in Vasudan fighter technology. A craft designed with a very specific purpose in mind: To intercept enemies in subspace. Thus, the Reshef is equipped with an extremely weak and compact shield generator, while its unique design provides added protection for the ultra-efficient Ahk-23 engine to reliably supply weapons and guns. To compensate for the lack of proper shields, the ship has a very durable hull and high maneuverability, making it an absolutely deadly opponenet in battles where shields are worthless, and still an average one where they are of concern. The vessels high cruising velocity is augmented by powerful afterburners. With that, and its eight primary gunpoints and two secondary banks, the Reshef has the firepower and explosive speed to uphold its inspiration's reputation. The major downside of the vessel are the high manufacturing costs, limiting its use mostly to Vasudan squadrons specializing in subspace battles.

Love this fighter for its performance and its looks. Even non-HTLed, it's still one of the prettiest Vasudan fighters ever made outside of canon, and it fits in really well visually with the established fleet, as well as retaining a certain Vasudan feel in the table (consider the Seth-like afterburner performance). If you need a new Vasudan heavy fighter other than the Bakha, this should be your first choice.