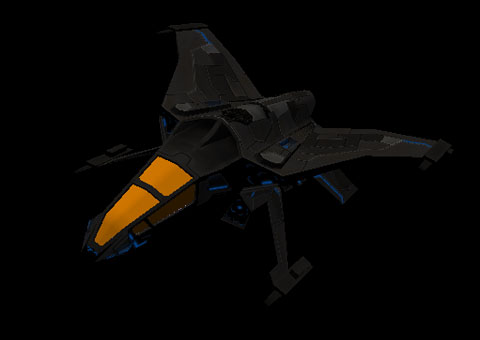 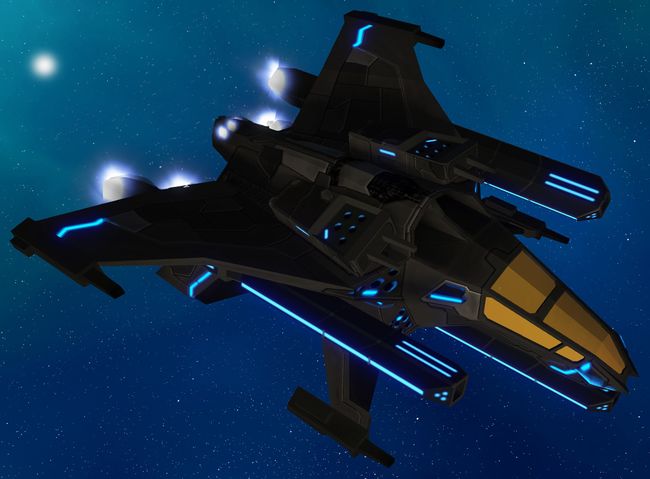 A variant with more weapons in Dimensional Eclipse.

The Kelpie-class had been in service for just over three years at the time of the Capella incident. Only certain fleets, such as the 13th Vasudan Battle Group, or the 103rd Sirian Fleet have received shipments. Kelpie-class fighters are currently being phased out as they become replaced by newer Losna-class fighters.

NOTE: This is a recycled tech description from the Kelpie.

The BFX13-A Refined Losna 're-LS' is an advanced fighter custom-built for one of the Heaven's Alliance ace pilots by Borealis Industries. While a number of changes had to be made to allow it to operate in reality, the re-LS features the same regenerative armor, modular upgrade systems, and shipboard AI of the model depicted in the old-earth video game 'FireSpace 2: The Light of Capella'. The capabilities of this prototype strike fighter may prove instrumental in the struggle against the Exarchy.

The TSGA-71h Tactical Strike and General Assault package for the BFX13-A Refined Losna 're-LS' is a full-fledged heavy strike attachment suite. Featuring an additional four general purpose cannon banks in addition to three superheavy cannons and an off-axis missile battery, the TSGA-71h transforms the Losna from a heavy fighter to a true assault platform capable of challenging cruisers and battleships on its own. The suite further enhances the Losna's shielding and armor while retaining its linear speed, though the additional weight of the package hampers maneuverability and acceleration.

Note that due to the way this model's submodels were set up, the cockpit will not appear in-game. This is fixed in the pofs in Dimensional Eclipse. Alternatively using -trans textures avoids the issue altogether.