From FreeSpace Wiki
(Redirected from Kvasir)
Jump to: navigation, search 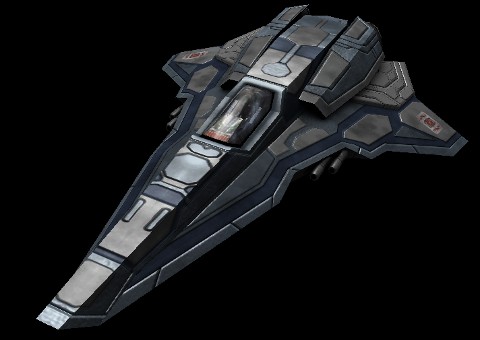 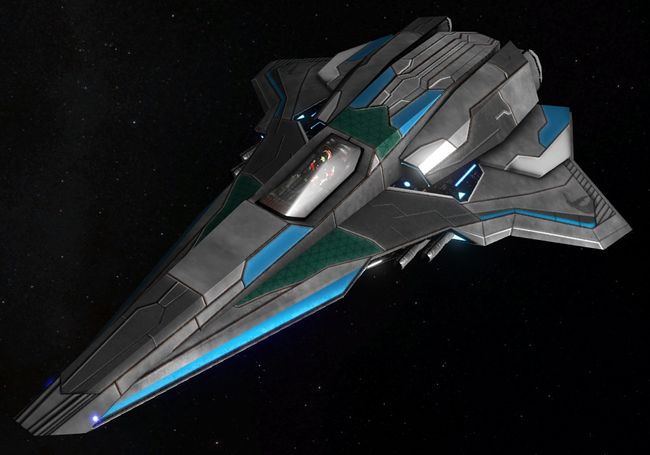 The Kvasir is a StarCorp fighter based on the idea that heavy firepower, strong shielding and extreme maneuverability compensates for lack of armor. It is capable of flying a Space Superiority/Intercept role, but is a quick victim to shield leech weapons.

The Atalanta is the first of the Threat Exigency Initiative's Wave 2 fighters, true next-generation strike craft with extraordinarily capabilities. Produced in record time by the Alliance's first wholly classified procurement and design process - plagued by rumors of intrigue and mysterious 'red assets' - the Atalanta is an elegant, minimalist design wholly devoted to murdering other strike craft with very nearly Shivan flight characteristics. The original specifications of the Atalanta called for a multirole interceptor and space superiority fighter. Due to the United Earth Federation's fighter corps' successes, this variant has been field-modified to enhance its capabilities in the space-superiority role. These fighters remain rare in the Terran theatre, but they are likely to become a mainstay of Alliance forces in the near future.

The Pandora reconaissance fighter is effect of combined efforts of Terran and Vasudan scientists. Powered by Vasudan reactors in Terran construction, it allows this recon fighter to mount more advanced lasers onboard and have extremly tough shields that compensate very thin hull. While Agias class fighters are better suited for destroying subsystems and turrets on capital ships, Pandora is better suited for escort missions, intercepting bombers and warheads and obviously doing reconaissance deep in enemy space.

In Greek mythology, Atalanta (Αταλάντη) was an accomplished hunter. She was notable in slaying the Calydonian Boar, sent by Artemis as punishment for being forgotten in a king's rites to the gods. Atalanta was also notable for challenging potential suitors to a footrace for the honor of marrying her, which Melanion won with the help of Aphrodite.

The Blue Planet Atalanta is essentially the GTF Ulysses's spiritual successor. Insanely maneuverable for a Galactic Terran fighter, more so than the GTF Perseus or GTF Aurora it still has 6 guns, a small target profile, and as much missile space as a GTF Myrmidon albeit all in one bank. It is still too lightly armored to be survivable anywhere near anti-fighter defenses, particularly AAA beams. The sole mission in which it's player controllable: Aristeia demonstrates this accordingly. If you do have occasion to fly it, don't forget that it also possesses side thrust ability, excellent for strafing larger targets, pacing and taking down multiple enemy bombs, making tighter turns, and dodging enemy fire. When fighting them, several well placed Rapier bursts can and will take them down, but even the Javelin doesn't have the maneuverability to catch them in higher difficulties.

An amazing fighter that's a joy to fly and to look at. Its small, excellent target profile is ideal for dogfighting and interception. Its gun configuration is excellent and flexible, and when a swarm of Atalantas come at you, Balors blazing and Tornadoes volleying, don't even try to do anything other than extreme evasive maneuvers. My one criticism of it is that its secondary capacity (which is the same as the GVF Thoth), while good, is all in one bank, severely limiting the Atalanta's flexibility and versatility--even in pure dogfighting roles. It's easy to see, though, why it would become a mainstay of GTVA forces in the near-future: unless it's expensive, this fighter excels in the interceptor, space superiority, and warhead/bomber intercept roles.

Taking these fighters on in early acts of War in Heaven, treat it like you would a hyper-intelligent Dragon pilot. Grimlers or well-timed Slammers at long range, and the Rapier or Sidhe are surefire ways to bring these ships down.

"The weapons subsystem is right on the nose, break early in head2head engagements and be very careful not to collide with anyone or you'll lose your weapons. This can be fixed by firing a lot of rockeyes which will make the AI break away and with the huge capacity on your only secondary bank you can pack enough of them to last for a few fights. The placement on the 4-bank is sub-optimal so switch to your 2-bank for bomb intercept or adjust your aim as needed. If you're against these ships in something heavier always go for jousts instead of close-range dogfights, they will fly circles around you with side-thrusters and reverse burners."