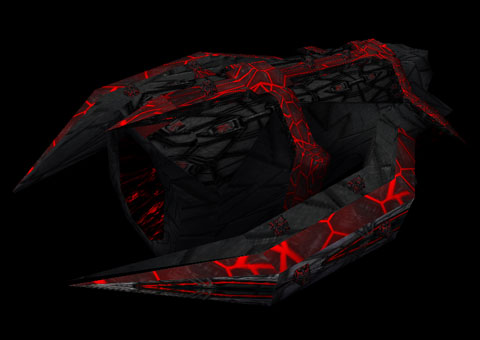 SC Raguel as seen in INFR1 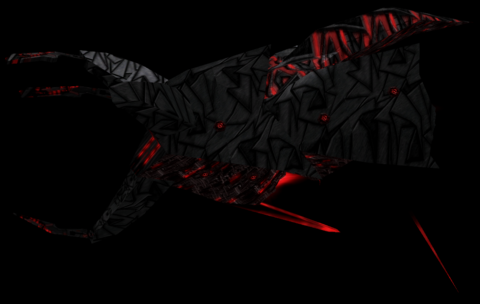 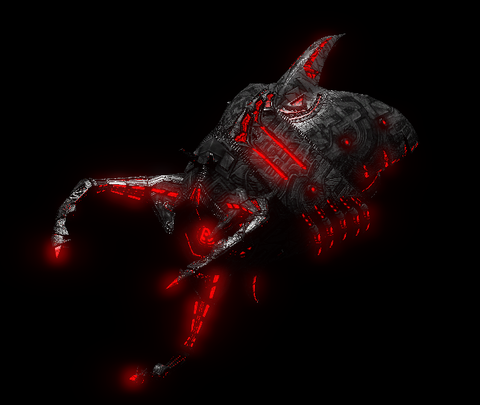 The SC Raguel is a user-made Shivan cruiser, originally appearing in INFR1. It was subsequently remade, and was available in the model dump released in 2011. The HTL version based on the 2011 model dump version was created in January 28, 2016.

The Raguel is extremely well-armed for a cruiser. With several medium, small and AAA beam cannons, it is preferred that a capital ship destroy this heavy vessel from as great a distance as possible. It exceeds the performance of our cruisers, although lacking in speed somewhat.

While the Rakshasa, Cain and Lilith failed to outmatch our cruisers during the Second Shivan Incursion, the SC Raguel proved to be far deadlier than those previously encountered. Its three frontal beam cannons and an array of flak and AAA turrets makes the Raguel a nightmare for capital ships and smaller craft at varying ranges. Some have reported that some Raguels have been equipped with a powerful shielding system like the Lucifer superdestroyer of the Great War, thus allowing it to survive engagements with our cruisers. For this reason, it is preferred that a capital ship engage this cruiser from a safe distance. Although its performance and durability exceeds that of Terran or Vasudan equivalent, its speed is slower.

The Abel seems to be a strike cruiser class deployed shortly after the destruction of the SD Lucifer. It is equipped with a trio of spinal anti-capital plasma cannons and defensive turrets. However, said turrets are lightly armored, making them easy to destroy with Phoenix V or Stiletto missiles.

The original from INFR1 was later replaced by completly new model influenced probably by Cain and Sathanas. Second model was later dropped and released in 2011 Modeldump by Inferno Team. The version from the 2011 model dump comes with no tables, is 350.2m long and has 18 turrets. Nyctaeus and Bryan See reworked second incarnation of the SC Raguel starting in April 2014, and ended in early 2016. HTL version is few meters shorter, has four turrets less. and comes with fully working table. Shielded version with PBR maps is available. It was replaced by completly new design SC Gania in Inferno: Nostos.

Spinal beam cannons are placed on its very small claw turrets, making them almost impossible to be destroyed from medium range just like beams of a Rakshasa. Trebuchets or similar weapons are advised. Without beams, the Raguel will be an easy prey for friendly capital ships or bombers. Facing backwards anti-fighter beam does not add much more to its anti-fighter capability, and can be easily destroyed because of the size of the turret.