From FreeSpace Wiki
(Redirected from Seth)
Jump to: navigation, search

The GVF Seth is a Vasudan-designed heavy assault fighter brought into service during the Terran-Vasudan War. Although the Seth is extremely slow and unmaneuverable for its class, it offsets this with an excellent shield system, durable hull, fairly large missile banks and an extremely powerful afterburner that can more than double the Seth's default cruising speed.

As the slowest fighter in the PVN, the Seth has earned itself a reputation as the Turtle of the Vasudan fleet. Even though it is quite compact in size, the Seth can carry a massive payload, and has a lot of shielding. Its standard impulse engines aren't very powerful, but the Seth gains an incredible speed boost when using its afterburners. The Seth is primarily used is convoy attacks and capital ship escort duties.

The GTA considers the PVF Seth to be a Class C threat.

The solidly built GVF Seth is a versatile Great War-era fighter that still performs dual roles as bomber escort and bomber interceptor. The Seth's relatively slow cruising speed is deceptive, as its Mekhu-Sahr plasma powerplant can give it an incredible afterburner boost, more than doubling its velocity. A total of six weapon banks and a wide variety of loadouts give the Seth the needed punch to eliminate incoming bombers quickly.

Seth was the god of the desert at some point in early Egyptian history. 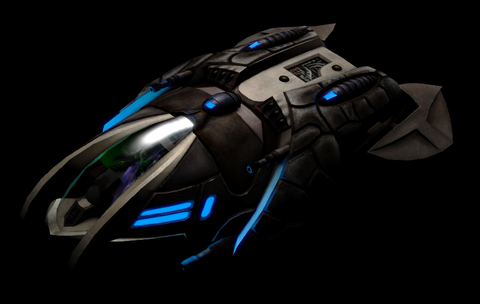 The GVF Seth by The Dagger.

The Seth doesn't have the moxie to match up to the Hercules in the assault role, yet it is faster and manoeuvres better. Most closely comparable to the GTF Apollo, it is probably best considered a "light assault" fighter, not quite having the speed and manoeuvrability to qualify as a space superiority fighter, yet not having the weapons load or staying power to make it a true heavy assault fighter.

One of the most balanced and, dare I say it, sexiest fighters. Guns are well placed and speed is equivalent to the Herc II with a powerful afterburner boost. The heavy armour and shielding (not to mention the teeny silhouette from behind) makes it a difficult kill as well. It's really equivalent to or better than a Herc II except in secondary bank capacity.

Before I started using the Tauret, I used this. It was such a joy to fly, what with that afterburner power and all. The only thing that really doesn't seem to match up is its missile bank capacity, but given that this was made in 2335 and not 2367, that's okay. Although I may have switched to using the Tauret more nowadays, I still use the Seth here and there.

The Seth is just a great ship. It can go toe-to-toe with a cruiser if need be, it's capable of defending itself from anything short of a Dragon, and its weapons aren't placed far apart, like they are in the Horus. Even better, because of its crazy awesome afterburners, you can max engine power and do a half-decent job of flying intercept with it. A very well-rounded fighter that fills a gap between Space Superiority and Heavy Assault.

This is definitely a nice little fighter. It has fair manoeuvrability, good weapons compatibility, and excellent survivability. This comes at several costs, however. The primary points are quite wide, making it difficult to hit an SF Astaroth or SF Dragon, in FreeSpace 2, the Seth has an even larger failing: its exposed sensor system, directly on its nose. In the first game, that wasn't so much of a difficulty, in the second, a single AAA burst can effectively blind the Seth. Do yourself a favor and take the GVF Tauret instead.

Light assault fighter is the best definition for this ship - it has two less guns than the Hercules, but carries more ordnance than the Apollo. Remember, Vasudan ships are never exact analogs of their Terran counterparts, and in the case of the Seth, can sometimes fill a completely different transitional sort of role.
Retrieved from "https://wiki.hard-light.net/index.php?title=GVF_Seth&oldid=63033"
Category: